CABAL proved that MMORPG might is alive and well in the Philippines. With more than 2500 gamers in attendance, 7 pro teams, 4 great musical bands, and 3 hyper dance groups. Here are the events that unfolded at DOMINATION: The Cabal Online Philippines’ 11th Anniversary Celebration.

On Sunday, June 23, 2019, Cabalistas from all over the Philippines gathered at SM North EDSA Skydome to be part of one of the biggest celebrations of Cabal’s anniversary, since it was launched back in 2008.

One of the long-held and forever debated traditions of DOMINATION is the Early Bird door prize wherein 1,200+ CABAListas have queued up before the even gates opened. Their patience and good humor were well worth the wait as they claimed their in-game loot worth hundreds of pesos. But for the Early Bird enthusiast, they get to bring home surprise merchandise, a Cabal Cosplayer Body pillows!

One Diversity got the party started with their high energy performance. Right after, Mr. Apol Dionglay, the Operations Manager for PlayPark in the Philippines gave a welcoming speech and even gave rewards to the players that are the very first in line.

As lunchtime came, our longtime sponsor, Fatboys Pizza & Pasta gave attendees a treat with the Fatboys Pizza eating contest. This is another Cabal event tradition that Cabalista with big appetites looks forward to. Three teams of four were selected by hosts GM Jaq, Vill, and Phaister. The participants ate fast and hearty. In the end, it was Phaister’s team that managed to eat their pizza the fastest.

During the event, the attendees were given an event passport where they can gather stamps from booth activities to win a limited edition merch loot bag.  The most popular games were Archery, Coin Toss, Pachinko, Color Game, and activities run by three guilds from the Guild City set-up. Shout out to the guilds JuanDelaCruz (Orion server), SemperFidelis (Orion server), and Illuminati (Draco server) for their time and efforts.

DOMINATION is never without its Community Events held onstage and here are the winners: 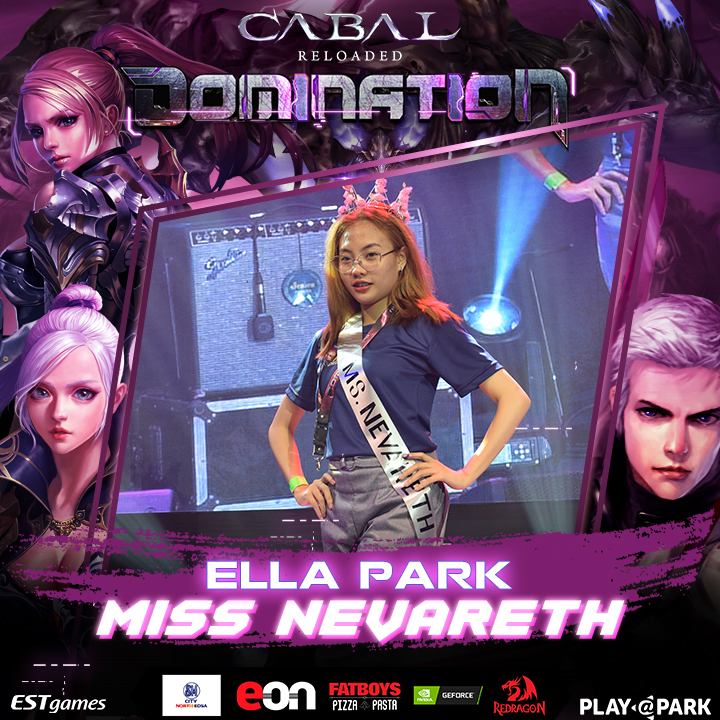 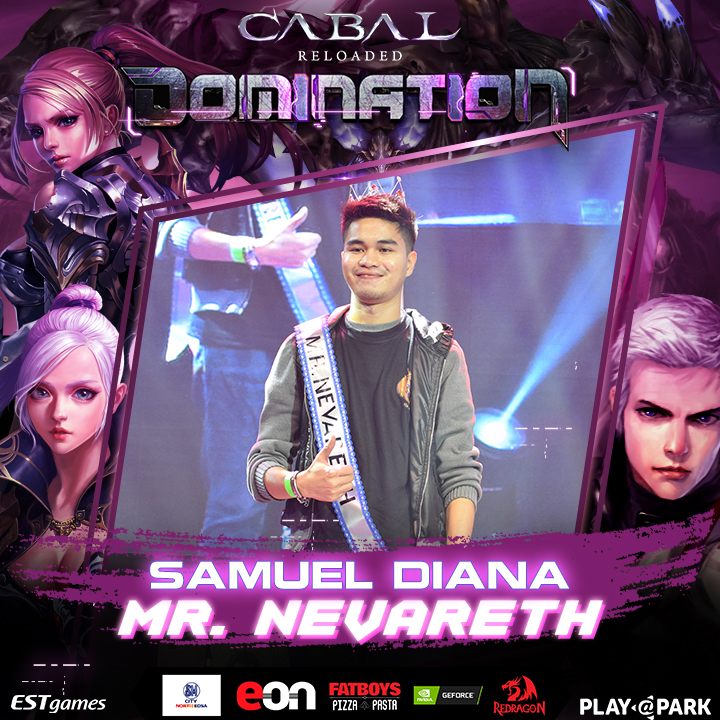 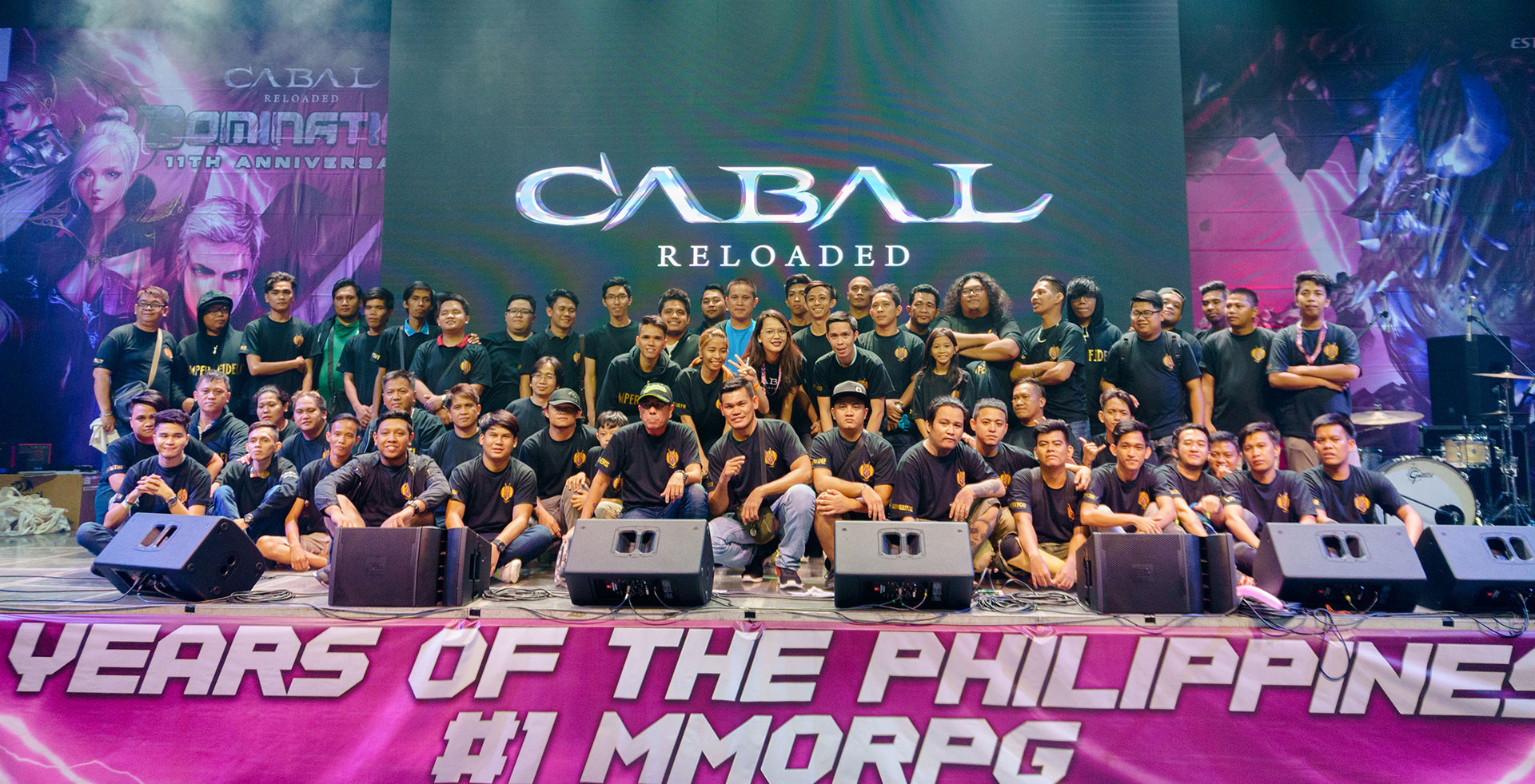 Our sponsors brought their own games and give-away. EON gave away 2000 pesos to a lucky winner while Redragon PH gave away gaming gears to a number of lucky attendees.

Music is in every Cabalistas blood and we are thankful for their acts throughout the day. Rising star music act, Delany, performed their original compositions on stage. Followed by CHICOSCI who performed for the second year in a row, SKOOL SERVICE performed famous OPM songs along with CM Summer, and a special act from the PlayPark Band, also known as DDOS sang rock classics.

After One Diversity’s opening act, there were also other dance groups that performed on stage to the delight of the CABAListas. Pamilya Kwela was back with their usual brand of funny choreographed comedy and they were challenged by a group brought in by the PlayPark Audition Next Level team. What followed was a rousing showdown that left everyone energized.

Happening at the sidelines was the semi-finals of the Cabal 5v5 Carnage. The best teams from all over the Philippines battled it out to win a finalists slot. There was Nikostratos from the Visayas, Titos of Veterans from Mindanao, YP Javier from Luzon, and defending champions from 2018, YesPogi.

Seven teams charged in, two teams remain. The tournament match-up was a round robin match where each and every team got to face the others. It was close, but when push comes to shove, Teams YesPogi and YP Javier came out on top and they will fight one last time to determine the Cabal 5v5 Carnage Champion at PlayPark All-Stars 2019.

The PlayPark Cabal Team would like to thank everyone that attended and made the event possible. We are very grateful for your continuous support. We’ll see you at our next event. Happy Anniversary, Cabalista!