1. New NPC for entry has been added

▶ Entry Caution button will pop up when the enter button is selected.

▶ Potion, Skills, Mercenary may be used

▶ Unlike Eternal, character is created in front of boss without going through a gate.

▶ Boss Monster does not move and HP is unlimited and will continue to attack player until time limit ends.

▶ Players must achieve the minimum score each attempt in order to have points accumulated and receive daily rewards.

▶ After 1st play of season if accumulated score is more than 1, character automatically registers in rankings. After this every time points are updated ranking is also updated

▶ Rankings are reset at the end of each season

▶ Character with highest accumulated score is registered in the rankings.

▶ Rankings are update every day around 23:59

▶ How to register ranking

Penalties are given based on each week’s ranking

▶ Daily Reward is sent to mail immediately after achieving conditions

▶ Need to play at least twice to receive Daily Reward

▶ Arena Token specific to each boss monster is given.

▶ Items sold may be changed with each season

▶ This seasons inventory is the Slot Extender(Highest), exchangeable for 3,000 Baldus Tokens.

Types of Arcana have been added

Improvement to UI of Service Tab in Benefit Information screen

▶ Tooltip and category of items changed

Guild Status message is deleted when user leaves guild, is kicked out, or the guild disbands

Tower of the Undead B3F II

It looks like Tempus’ followers are still active inside the Frozen Tower! All must unite in defeating a common foe that spreads fear across the continent Midreth! 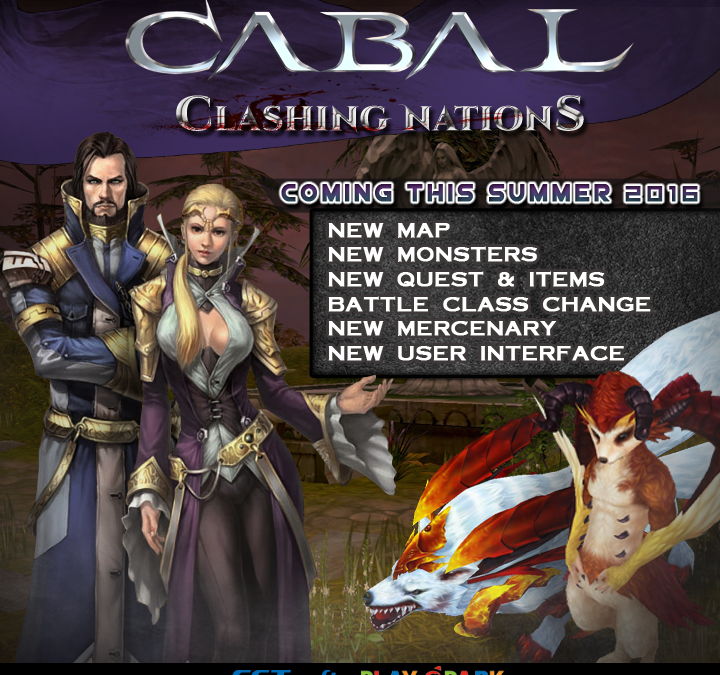 • Features: The confrontation between existing towns belonging to the two nations of Capella and Procyon
• Conditions to enter: Above Lv. 190 and has chosen a nation

• Reverts to the initial stats of the new battle style

Force Archer → When changing to another class

• Delete all skills within the Attack/Support/Upgrade tab

• Attack skills: Resets all and A. Expert – Transcender Skill Book

• Upgrade skills: Grants all Skill Books for players to select and use

Changes to battle mode of the new class

Universal skills will not change

GM buff applied upon use

Stat will vary depending on character’s class

When there’s no registered item, refresh button will be deactivated

Improvement of skill point UI within the skill window

This information does not apply to the Special tab

Time-limited items no longer usable as materials for requests/craft

1. Fixed error that caused some skill effects to be incorrectly displayed

2. Fixed error that client sporadically shuts down when the Receive button was pressed while holding an item enclosed in a letter

3. Fixed error that message didn’t display informing that player can’t participate in a dice game when acquiring an item

6. Fixed error when player has Alz in the warehouse, but not in the inventory, it was impossible to hold large amounts of items in warehouse.

7. Fixed error that previous name remained after the name change due to a memory reset issue

8. Fixed error that client shuts down when character enters a party while voice chatting is activated

9. Fixed error that connection to the server was cut off when inventory item was used in specific situations

10. Fixed error that connection to the server was cut off when a skill was used in specific situations

11. Fixed error that connection to the server was sporadically cut off during Chaos upgrades

13. Fixed an error that caused character names to be displayed improperly in the achievement overview

○ Existing dungeons and dungeon play remains the same, yet dungeon difficulty can be changed with dungeon boost system

Added Talisman of Chaos and Ruin

○ A higher version of the existing Chaos Talisman which can be obtained through Craft Merchant Chloe in Port Lux by Request.

○  How to enter

The maximum looting amount (previously 1) has been changed to 5 when Alz and Fragments of Chaos are looted.

Quest will change after changing nation

“Contents are still being updated and the details of some contents narrated below may be changed.”

-In-game currency that can be collected regardless of inventory space

2. Untradeable, Independent to each server

-Can be used by multiple characters within same server

-Cannot be transferred by a character when changing servers; the Force Gem is bound to the corresponding account

Example) Force Gem obtained by Character 1 on Server 1. If he/she moves to Server 2, the remaining Force Gem will be displayed when a character is created on Server 1.

a. Cash item that can be purchased through the Web Cash Shop and in-game Cash Shop

b. Item index is set / Number of Force Gems can be set as option

d. Given Force Gems as a Shared Achievement reward

e. Receive an annual reward per one server

g. When achieved, Force Gems will be delivered via Achievement UI

h. When proceeding with server transfer,

-If the achievement has already been completed on server being moved to: Unable to receive the reward again

* Since all Force Gems are shared among characters in same server, other characters can complete the achievement if they meet the requirement

i. Force Gems can be used to enter a dungeon

-Excluding dungeons where entry items are sold at NPC shops

j. Effect for dungeon warp gate will always be visible

-Without dungeon entry item: will check for Force Gem

l. Same function as existing Oath of Soul and Oath of Protection

m. Oath of Soul / Oath of Protection Item button will appear on party UI while in a party

-When clicked, a confirmation dialogue will appear to confirm AXP/damage transfer

-Use as currently being used

-If same effect already has been applied via Force Gem, a system message will state ‘The item cannot be used’

i. Force Gems are consumed when coordinates are registered

– Warp Point is created at the corresponding location on the GPS

i. Expiration date will appear with tool tip

i. Warp Points created with Force Gems can be set up for each character (character base)

ii. Force Gems will be used with click of a button

– Function of an existing Return Stone

i. Displays quantity of Return Stone

iiii. Return Core-shaped button: When the button is clicked, an Unlimited Warp confirmation UI appears; Displays number of Force Gems that will be consumed

ii. Each character must use their own Force Gems (character base)

s. Force Gems are consumed when the other player accepts request for ‘Summon Party Member’

u. ‘Warp to Party Members’ menu is added on Party Information window

12. Resurrect on the current spot and Resurrect with Buffs

i. Without Odd Circle: Use Force Gems to resurrect

z. Force Gems are consumed when the other player accepts the request for Resurrect Party Member

15. Select the costume you want to grant option

16. Assign the Option Scroll you want to the material slot

18. Costume slots can be expanded using a Costume Slot Converter

c. Can be purchased from Chloe (Craft Merchant)

19. The Costume Slot Converter can only be used on costumes with less than 3 slots

e. If it fails, only the Costume Slot Converter is destroyed

f. When a costume is destroyed, Costume Cloth Fragments are obtained

g. When a costume is destroyed, there’s a chance of obtaining a Costume Option Scroll

22. Can obtain through Old Magic Books

24. An item which creates “Costume Capsules” by extracting costume options

25. Resets the options on the target costume and creates a “Costume Capsule” with option information

26. An item that stores costume options

29. When used, all existing options on a costume are removed and replaced by the corresponding options

30. When used, Costume Capsules can be sealed

31. Sealed items can be traded

32. When you use Sealed Costume Capsule, the seal is broken

14.) Upgrade Tokens can be used to purchase upgraded equipment

33. When you click on Auto-Register in the upgrade window, the appropriate reinforcement item (core) for each token grade is 34. selected.

If it fails, a penalty is applied

35. Can use upgrade items on Upgrade Tokens

l. Some items cannot be used on Upgrade Tokens

55. Attack/Defense Power will be listed

56. Protection of Veradrix icon location moved to the bottom of the Character Window located on the lower left part of the screen

57. Option-Display-’Go to Mini Map button display’ changed from off as default setting

62. The buttons and icons located on the lower left screen have been rearranged in the Quick Slot bar

23.) Palladium Equipments type added which is superior to Archridium grade

– Level 190 or below: At the maximum level for accepting the quest, about 2.5% EXP is received as a reward

The mission is to defeat the monsters

– If it’s a dungeon mission, the mission can be completed without having to wait for a respawn

“Contents are still being updated and the details of some contents narrated below may be changed.”

Are you ready to Transcend by racing your way up to Level 200 and experience the new user interface and dungeon features with your party-mates? Start to prepare now and download the CABAL-Transcendence Manual patch in advance!

The patch file is currently password-protected and the password will be released during the server maintenance on May 14, 2015 (tentative). Just extract the contents of the compressed file to your CABAL directory and overwrite all duplicate files.