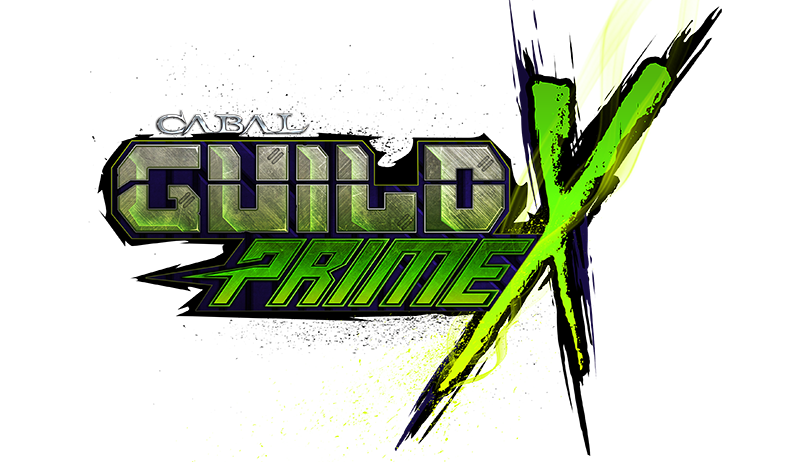 Every year, top Guilds from across servers come together and battle it out in the biggest and most prestigious in-game guild competition in CABAL PH — The Battle for Guild Prime. Widely recognized as the ultimate test of a guild’s strength, popularity and camaraderie, Guild Prime winners are legends in their own rights.

To qualify for Guild Prime 10, a Guild must belong to the list of the top Guilds in its respective Servers (FRIDAY).

The objective is to gain as many Guild Prime Points during the competition period. 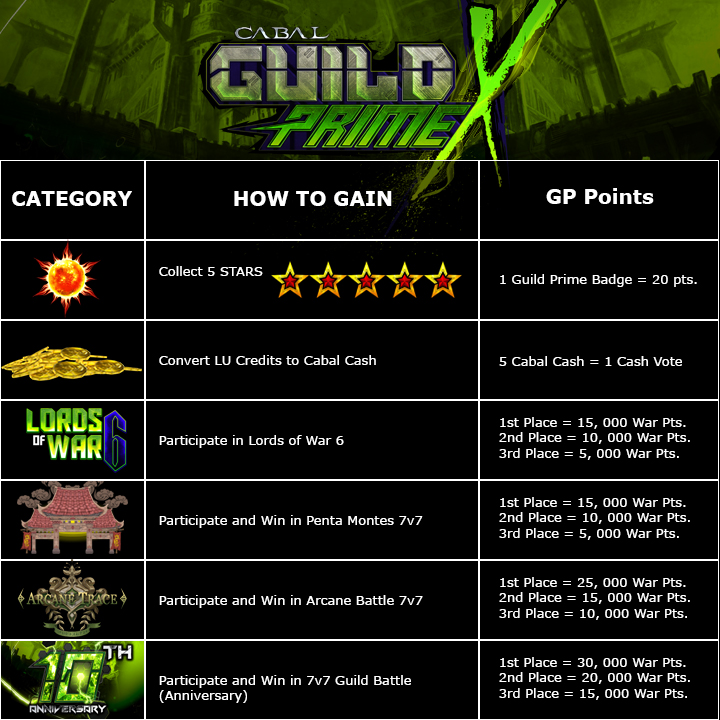 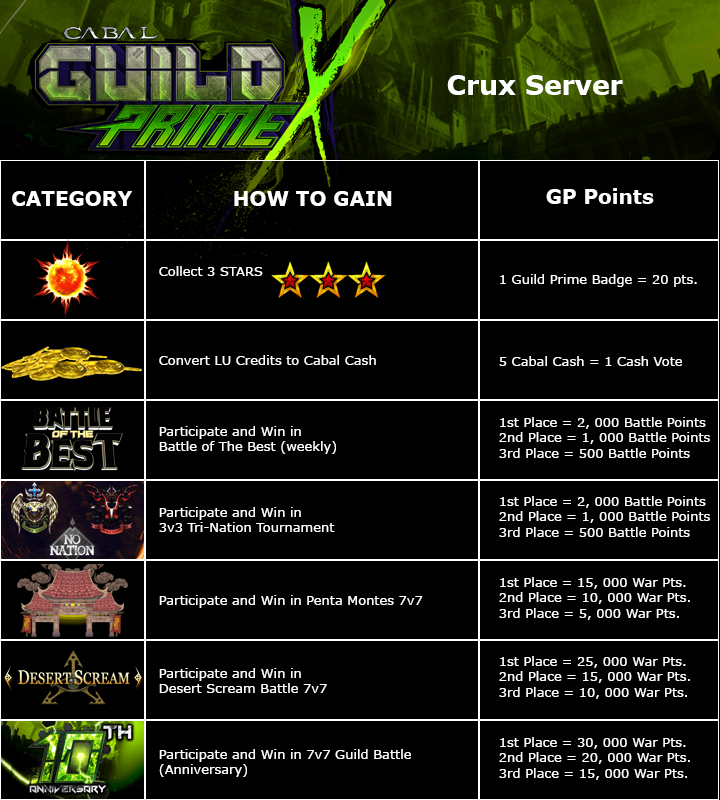 Guild Prime Points will come from quest badges collected, cash voting, Guild vs Guild and Player vs Player tournament, and Lords of War.

PARTIAL AND UNOFFICIAL TALLY OF VOTES

The Guilds with the most number of Guild Prime points will be ranked Champion.

SUBMISSION OF ENTRIES for 7v7 CARNAGE

For online registration, please send your entries to ph.cabalph@gmail.com with the following details:

Must include line-up In-game screenshot:

Guilds who are interested to join in the 7v7 Battle Arena and 7v7 Arcane Battle has the freedom to choose their own guild line-up out of the 8 characters currently available. The guild line-up below is only a sample.

*Mechanics and prizes are subject to change.